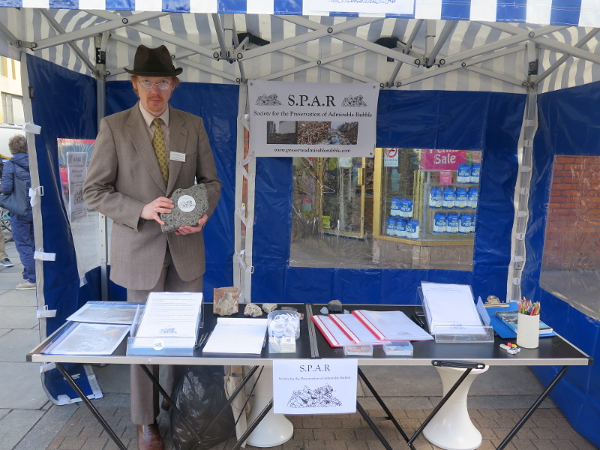 The Society met at Tachbrook Market, on the corner of Warwick Way and
Tachbrook Street on Saturday 23rd April, with thanks to Rufus Stone Projects 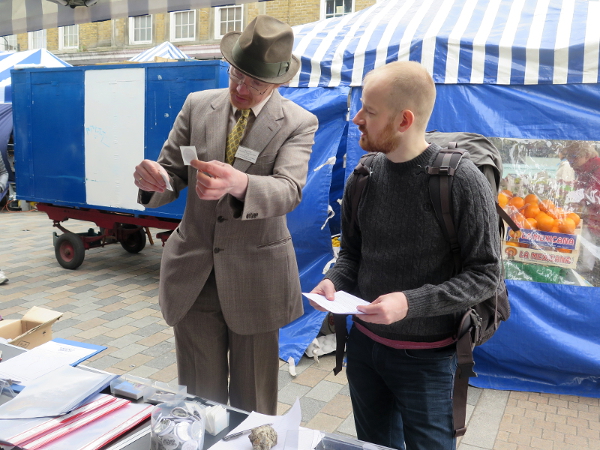 Here Brian Guest, S.P.A.R General Secretary, shows a
sticker that can be put on any admirable rubble site 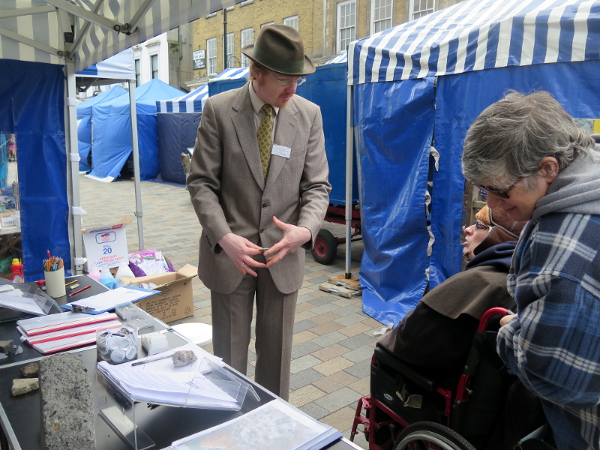 There were many visitors to the S.P.A.R stall, here talking about Churchill Gardens,
a local estate, built between 1945 and 1962 and home to over 1500 people
In 2014 there were plans drawn to ‘regenerate’ the estate and demolish many
of the buildings, a campaign began to save the housing, several estate buildings
are protected so demolition plans have stopped, for now 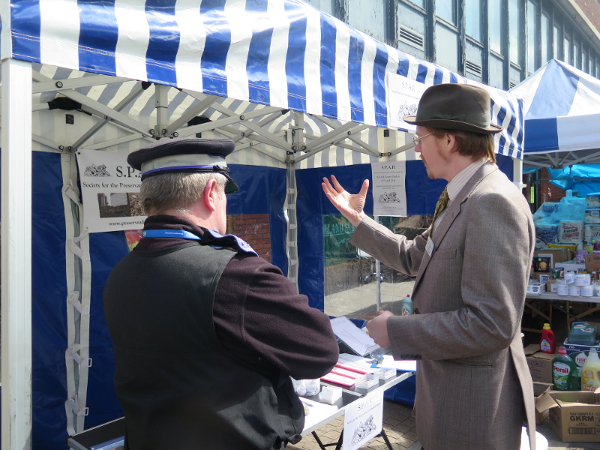 The Society encountered local law enforcement and explained why rubble should
be retained in any new development, they declined to comment 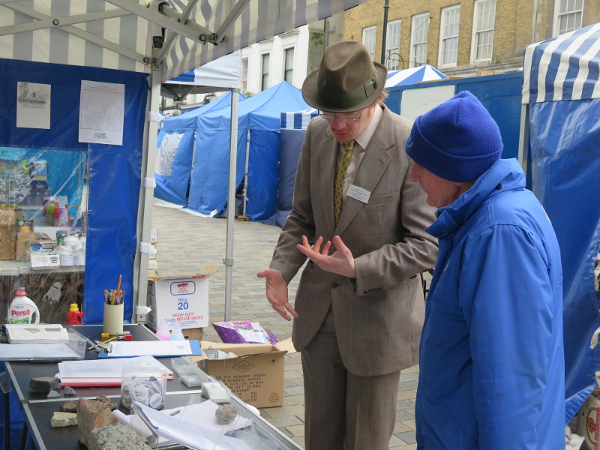 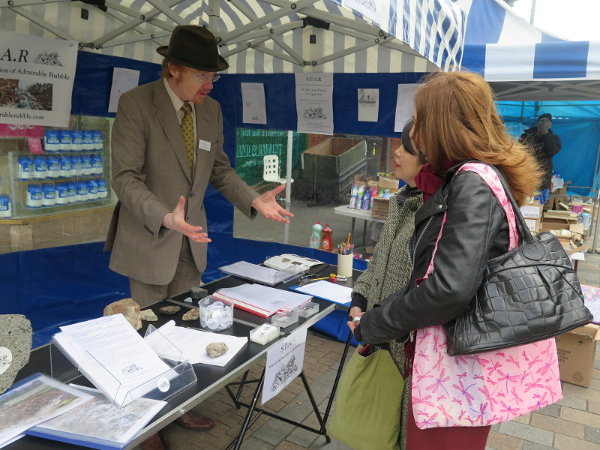 S.P.A.R Centre Pimlico had stiff competition from other campaigns at
the market not least the Mayoral election and Europe Vote Leavers
barracking President Obama during his unexpected drive past 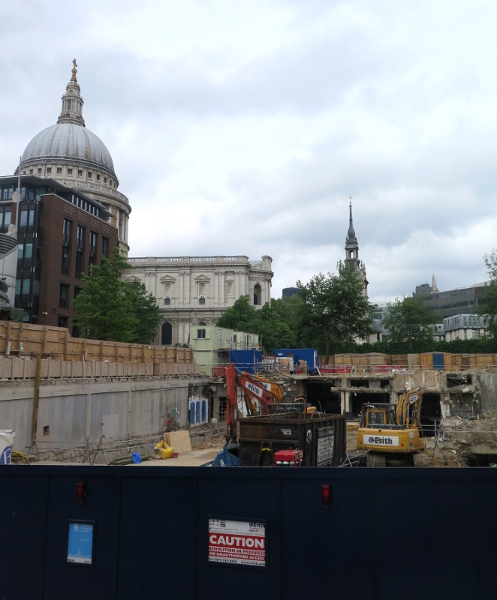 The Society found this magnificant view of rubble being created near
St Paul’s Cathedral. This was an office block but as yet there is no
definitive sign as to what it will become, likely another office block 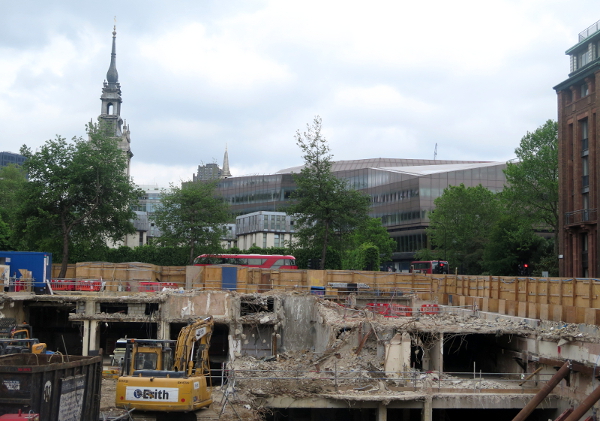 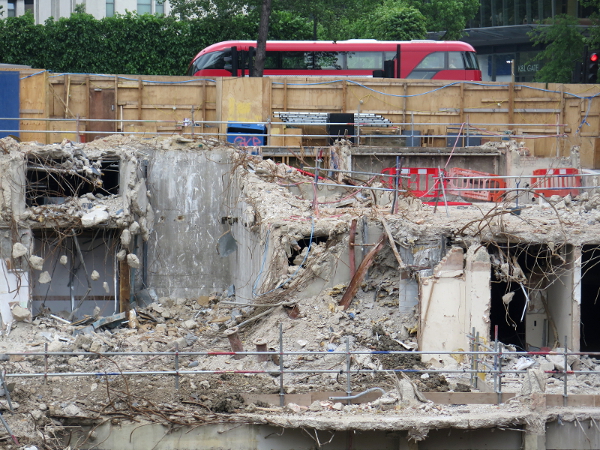 Moving closer, there are complex twists of rebar, steel bent into wonderful curves 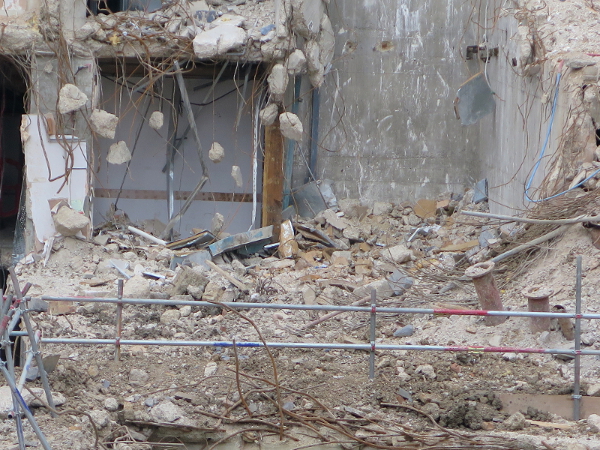 Look even closer and there is an uncommon sight
To the top left, concrete blocks are hanging in mid-air on the rebar,
this rare configuration should be preserved and featured in any new building here 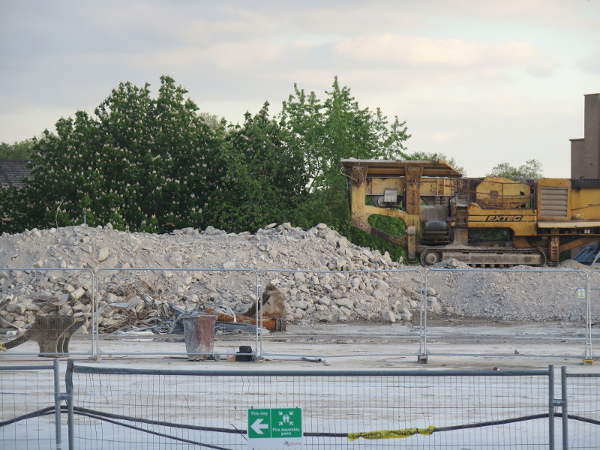 Pennington Street – During the Wapping Dispute in 1986 over 6000 workers
were sacked for striking over the new print works set-up clandestinely by News
International, there were long-running protests and it was the beginning of the
transition of London print media to Docklands
www.wapping-dispute.org.uk 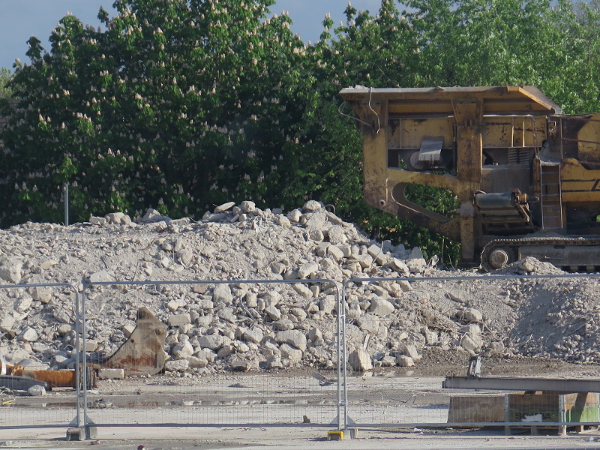 Pennington Street is now largely post-rubble, apart from this impressive pile
A Grade II listed Rum Factory being used as an artist studio building but
most of the area ‘London Dock’ is being developed by St George of the
Berkeley Group property developers providing over 1800 homes
Only apartments (they are never flats) from £800,000 are currently being marketed
Surely this rubble can be preserved in the atriums of the new buildings? 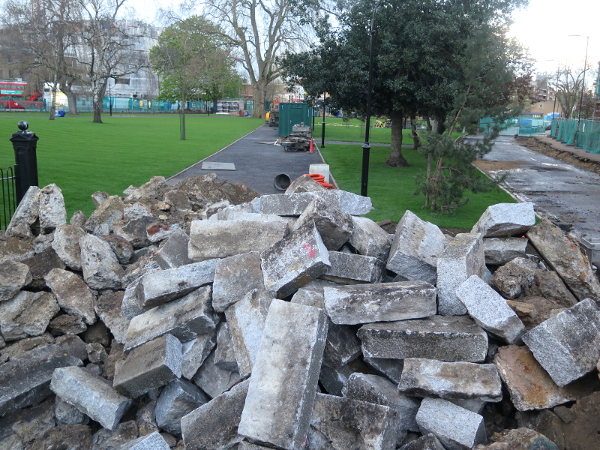 There has been much dispute over the refurbishment of
Camberwell Green and controversy over whether this is indeed rubble
The Society can give a definitive answer, this is rubble, but only minor rubble
It is still an admirable sight on the Green 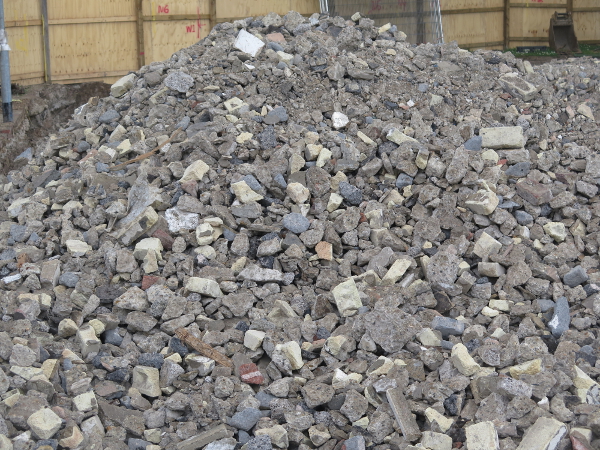 If you can correctly identify exactly where this combination of brick and concrete
is located email S.P.A.R at preserveadmirablerubble @ gmail .com
Brian Guest has a special award for the first correct answer