The walkabout Annual General Meeting in Thamesmead had new members
joining at the Lakeside Centre which has variously been a nightclub,
a sailing club, and a restaurant but is now an arts centre
managed by Bow Arts, nearby has long been a centre for rubble

The walk started just after 3pm and returned to the Lakeside Centre 4.30pm
All walk photos are taken by Liam Scully 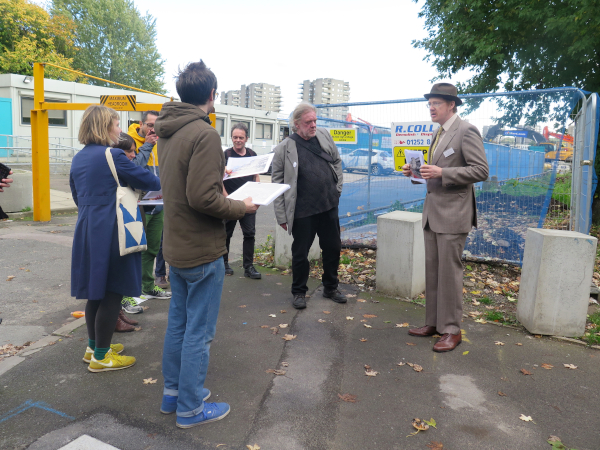 This ridge overlooking Binsey Walk is the ideal place to view rubble
but would there be any left on the day? 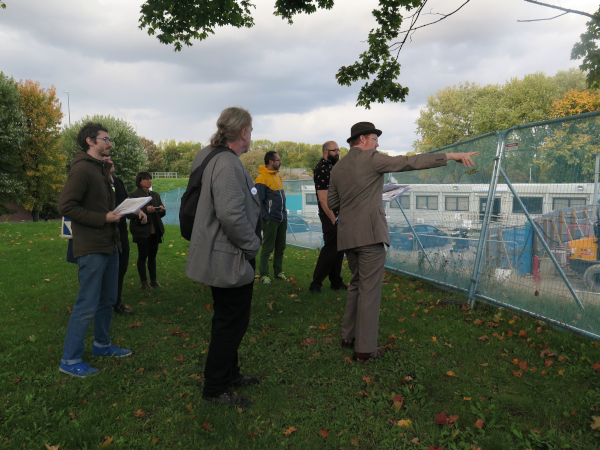 S.P.A.R understands that there are always new angles to view rubble
here along Harrow Manorway you can get close to Binsey Walk 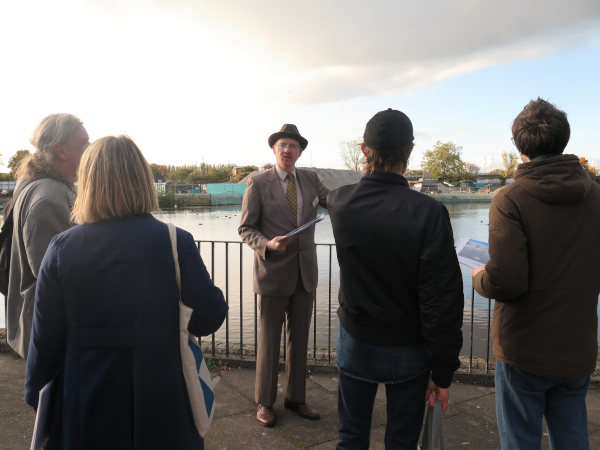 The walk took people along Harrow Manorway and Yarnton Way to see the
original 1968 South Thamesmead development scheduled for
demolition in the next few years, here across Southmere Lake
has alternative views of the rapidly diminishing rubble

At the end of the walk by Southmere Square members could take away
images from S.P.A.R’s rubble reports in Thamesmead 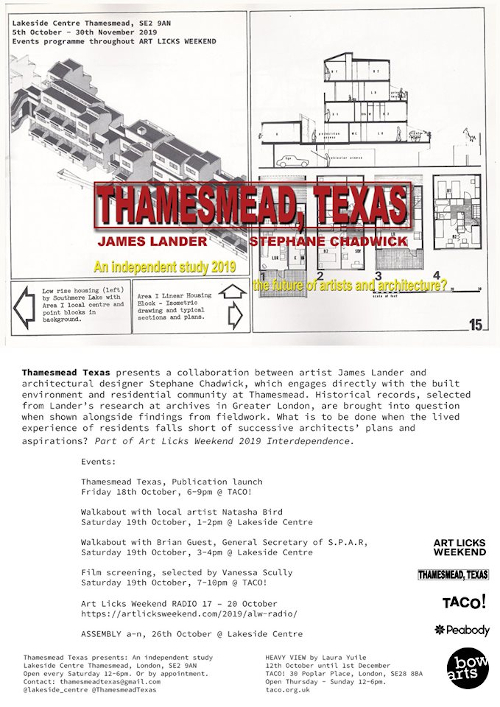 For rubble enthusiasts S.P.A.R recommends this exhibition
by James Lander / Stephane Chadwick
An independent study 2019 : the Future of artists and architecture
also at Thamesmead Texas, Lakeside Centre Thamesmead
every Saturday 12-6pm until 30 November