A Study in Rubble Creation: Findings in September (1)

Rubble is created by the destruction of buildings
and on 3rd September a study was carried out by S.P.A.R
on ‘The Haggerston Estate’ in the process of demolition 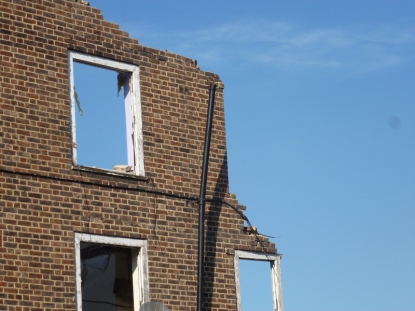 Two profiles of a LCC Building soon to be rubble 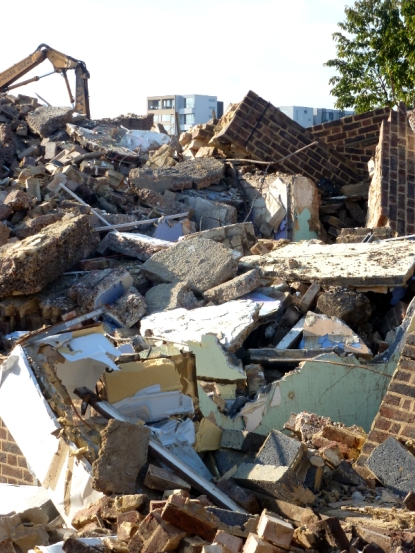 The Digger created a wondrous diagonal pattern
Two ladies who were previously tenants on the estate spoke to S.P.A.R
reminiscing – “It is sad to see them pulled down, though they had their problems”

Returning on 8th September – The quantity of the rubble had increased greatly
At least some here should be preserved to pile-up in the
entrance lobby of the new development, ‘City Mills’

What is Admirable Rubble? Examples in August 2014 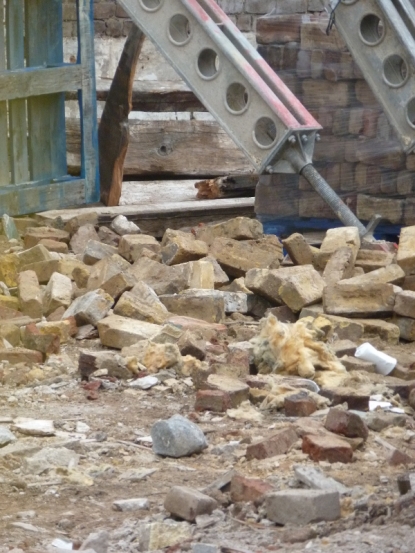 One wall, fallen down, does not rubble make. However can we make a case for the photo above being rubble?
According to the Oxford English Dictionary Rubble is :

Waste or rough fragments of stone, brick, concrete, etc., especially as the debris from the demolition of buildings

The Society’s definition of Admirable Rubble can be ventured as thus:

By showing some example of Admirable Rubble taken in August 2014 we hope to remind you that the state between what was and what is to come is rubble.
Brian Guest (S.P.A.R Founder and Secretary) 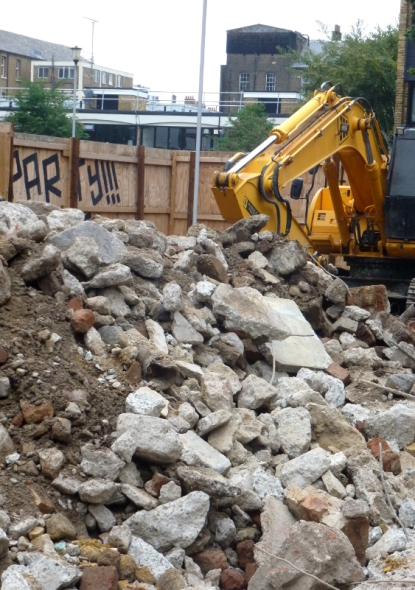 A surprising find off Kingsland Road 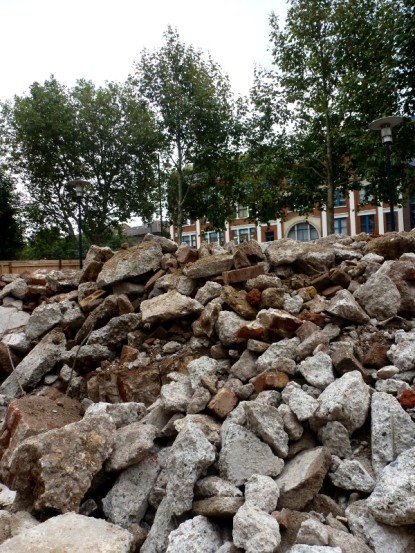 Admirable Rubble, but for how long? 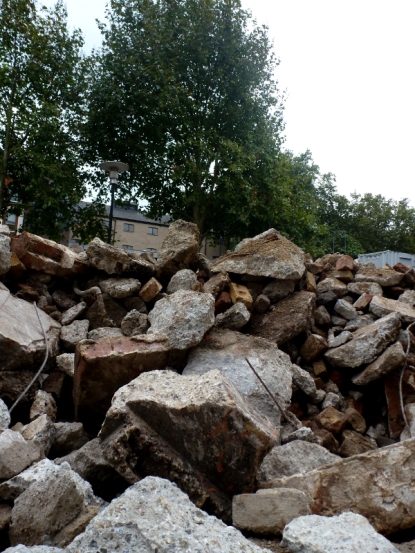 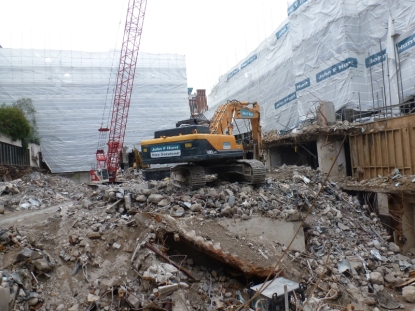 Developers! Whatever you are to build here keep at least some of this rubble intact

Welcome to The Society for the Preservation of Admirable Rubble (SPAR). Taking inspiration from ‘The Society for the Protection of Ancient Buildings’ (SPAB), first convened by William Morris in 1877. The Society is dedicated to preserving the rubble of the UK in all its varied forms. We fight to keep the rubble created from bulldozing people’s homes and businesses on display. Not just as a memorial but as an aesthetically pleasing experience. Expect many photographs of such Rubble to be found here on our new website:
SPAR founder and chairperson, Brian Guest